I am proud to have been able to help people overcome the most serious bowel problems such as :

SEVERE CONSTIPATION
YEARS OF IRRITABLE BOWEL SYNDROME
PAIN IN THE BOWEL
BLOATING
NAUSEA and a plethora of bowel conditions.

We all have some sort of bowel distress at times so I am offering these great discounts to ensure as many people as possible can experience better health.

EVERYONE EXPERIENCES IMMENSE RELIEF WITH  HYDROXY COLONIC IRRIGATION. Some people have even lost kilos with the first 3 colonics.

You may also like to ADD a FAR -INFRARED SAUNA for full detox $155.00 with initial colonic.. 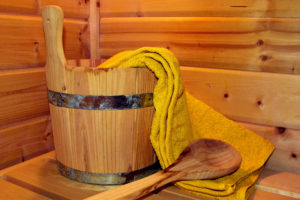 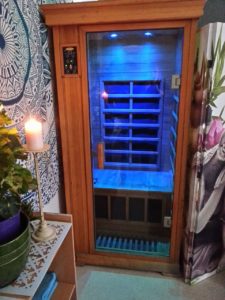 All living things need sunshine for two reasons – far infrared heat and Vitamin D. Far Infrared Rays (FIR) are the so-called ‘warm’ energy present in all living things, which is emitted from sunlight.

Ever since then, major advancements in sauna therapies have been made.

Today, these saunas are used by holistic practitioners across the globe.

Infrared saunas are a type of sauna that use heat and light to help in relaxing and detoxifying your body.

While further research is required to determine their potential benefits and long-term effects, infrared sauna treatments currently seem to be safe, powerful, and inexpensive.

Infrared saunas are currently proven to be most efficient at treating increased detoxification, pain reduction, muscle and joint support, anti-aging effects, and cardiovascular healing. They are also believed to have a parasympathetic healing effect.

In other words, they allow the body to handle stress better.

Therefore, they could someday be used to treat all forms of diseases—from depression and insomnia to autoimmune disorders and hormonal imbalances.

What makes these types of saunas interesting is that they differ from “regular saunas” because their light directly penetrates your skin, but it does not warm the surrounding air. Your body temperature quickly increases, but the light has no effect on the air around you.

A 2012 report was published by doctors at the Wellman Center for Photomedicine at Massachusetts General Hospital in Boston. According to it, technological advancements over the past few years have resulted in infrared sauna devices that directly provide far infrared radiation to the human body in light waves, so no bands are needed.

These devices are considered effective, safe, and widely applicable for healing many inflammatory disorders.